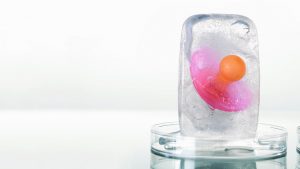 Salaam someone just asked me about frozen 5 – day old viable embryos stored from I.V.F. parents. There are three options related to these embryos:

2) Donate to other potentials

3) Donate to science or research

Would you be able to comment on what would be permissible or not from the Islamic perspective?
‏

Islamically, looking at the following scenario one should discard them all, and this is the best of the following three given options.

In regards to the second option of donating to other potentials will be considered Haraam and should be totally avoided as this is also a form of Zina (adultery) (as sperm is being used for someone other than one's own spouse).

Allah mentions in the Quran: "Your wives are your tilling fields (where your seeds are planted) so approach your tilling fields as you desire. And send (good actions) ahead of for yourselves, Fear Allah and know that you will meet Him; and give good news to the mu'mineen.”[1]

In the above ayah tilling is mentioned specifically with a man's wife, which indicates that a woman other than his wife is not appropriate for his tilling.

We also see from the Hadith of the Holy Prophet (Sallal lahu Alayhi wa Sallam) were such actions are clearly prohibited;

Ruwayfi bin Thabit Al Ansari (r.a ) narrates that the Prophet (Sallal lahu Alayhi wa Sallam) said on the day of Hunayn: “It is unlawful for a man who believes in Allah and the last day that he waters the plant of another.” [2]

The meaning of watering the plant of another is to insert one’s sperm into the womb of another person’s wife.

Therefore, all forms of treatment in which a third party is involved are completely unlawful and should be completely avoided.

In conclusion, one should discard all of the embryos and not involve any third party for donation or research.[3]