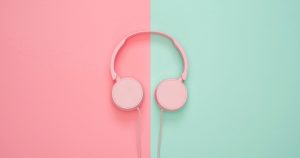 1. Are beats that are made with mouth and hands permissible to listen to? What about if made with a metal spoon and pot (which isn’t necessarily a musical instrument)? If anyone were to tap on a table or tap a metal spoon against something metal, whether in a tune or not, no one would say anything or objects to it saying it's not permissible and that it's music. But when it is done or played behind lyrics or put in a nasheed, some say it is not permissible to listen to it since there are beats in the background.

3. Is beatboxing allowed to do and listen to? It is sounds from your mouth, but many scholars say it's not permissible. If it is not allowed, then what is the boundary for the sounds of the mouth to not be permissible? And what are the dalaail?

Islam doesn’t have any objection to spoken word poetry or vocal lyrics that are clean and not enticing in the wordings. The impermissibility is of the stand-alone musical instruments, instruments that can be used for entertainment by themselves in the absence of singing[1]. A beat in music is the basic rhythmic unit of a measure[2] and can be produced with anything that gives a sound. It is only impermissible with used with a musical instrument such as a percussion type, stringed type, or wind type musical instrument. If someone makes noise by banging on the table or a sheet of metal, then this is just considered noise. When this is done in a rhythmic manner as a beat and the sheet of metal or pot is used in the same way drums are used then this would be considered a percussion instrument[3] and not permissible. As for beats made from the mouth, that is permissible to listen to as that is all vocal.[4]

In Islam, the boundaries for a musical instrument is that if the instrument is used as a stand-alone musical instrument, instruments that can be used for entertainment by themselves in the absence of singing, which include most percussion, string and wind type instruments. The only exception to this is the daff that does not contain rattles for weddings for women only.[5] It will be disliked to use the daff by men in all circumstances. This is due to the exception made by the Prophet SAW to the general prohibition of music on the wedding day for the women.[6]

There are two views found as far as beatboxing is concerned. The view of impermissibility is due to the resulting sound from beatboxing which resembles an instrument. Due to this resemblance, it is counted as an instrument itself. It arouses with an individual enticement and emotions that are not in line with Islam.[7]

As for the view of permissibility, it is due to the sound being made from the mouth and not an instrument. As long as it comes from the mouth it is permissible. If an individual were to use the vocal sounds or the sounds made from beatboxing and run them through an exterior program to alter, enhance or change the sounds to sound more like an instrument then this would be considered impermissible.[8] This is the view we have opted for.

It must be understood that with music the scene and the background of even the permissible types such as daff at weddings or beatboxing or singing only have to be in accordance with Islam. The wordings, lyrics, and setting cannot be of evil or shameless actions. The scene cannot have anything haram around such as the scene of a bar or drinking. It is not permissible for a man to listen to a woman sing or be so devoted to music that it takes over daily life. This is why the aspects of music are very dangerous and its best to avoid it completely.

The art of learning maqamaat is allowed and is mubah or permissible. They are scales that derive the most emotion from the verses through the modulation of the voice in certain verses. One should try to read in a beautiful manner as the Prophet SAW said, “Whoever doesn’t read the Quran beautifully is not from us.” Trying to emulate the patters in the science of maqaamat is just one way. The main beautification of the Quran is through Tajweed and then one should try their best to read as beautiful as possible without breaking the rules of pronunciation or Tajweed.[9]