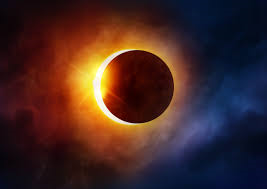 Do we offer the lunar eclipse salat after/ if we notice it? Or do we offer the salat regardless of seeing it due to the calculated prediction?

It has been narrated by Abu Bakra that, in the lifetime of the Prophet (pbuh) the sun eclipsed and then he offered a two rakaat prayer.[1]

In terms of your query, let us take the tradition of our Prophet (pbuh) into account where he mentions:

“The sun and moon are two signs of Allah, and they do not become eclipsed over the death or birth of anyone. So, if you see that (the eclipse) then pray until it (the eclipse) is over.”[2]

Therefore, we understand that the timeframe for the eclipse prayer begins as soon as the eclipse becomes visible until it concludes. So, the prayer is based on visibility and not on the calculations of its occurrence.