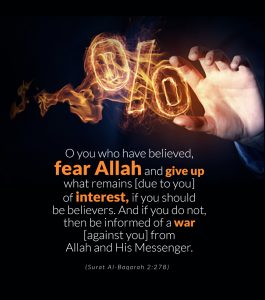 What happens to the one who buys stuff with interest (riba)?

"Allāh has prohibited ribā [i.e. interest]" (Qur'ān, 2:275) and dealing with it is a major sin. Jābir raḍīAllāhu ʻanhu narrated the Messenger of Allāh ﷺ cursed the one who consumes ribā, the one who pays it, the ones who write it down, and the one who witnesses it (Ṣaḥīḥ Muslim, ḥadīth 1598).

Money consumed through ribā is harmful both in this life and the next, and there is harsh punishment for the one who deals with ribā.