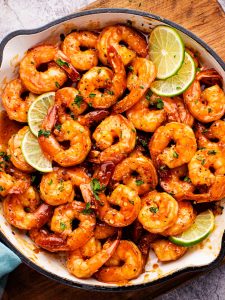 In the Hanafi school, it is only allowed to eat animals from the sea which are classified as fish. An eel, for example, was classified as fish, as a general category.[1] As for shrimp, scholars have differed whether or not it is considered to be in the category of fish or not, according to the understanding of the common Arabs at the time, not from a biological point of view.

Mufti Taqi Usmani has explained that the more correct view in the Hanafi school is that it has been considered to be in the general category of fish therefore it is lawful to consume.[2]